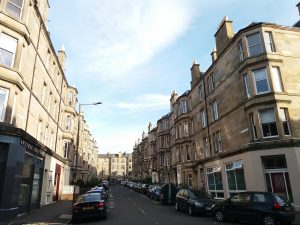 I am lucky enough to now be able to call Scotland my home. Having moved here just under a month ago, I am very excited to explore this beautiful country with my partner in our camper van. Ever focused on languages, however, I have to ask myself “What is the linguistic situation in this new country I’m living in?” I know it’s part of the UK, but Scotland has a rich linguistic history if its own.

Scotland’s National Centre for Languages, to paraphrase, was established with the aim of promoting and supporting language learning of indigenous, Scottish languages and those originating from further afield. Interestingly, they report that 89% of people in Scotland think that learning a language other than English in school from the age of five is important. This was a universal statistic on which age, educational qualifications and socioeconomic status don’t appear to have any bearing.

Intrigued, I delved straight into the 2016 Scottish Social Attitudes Survey to discover that in 2011 the Scottish Government, committed to ensuring their young people had the skills to thrive in Europe and in the 21st century global marketplace, stated their intention “to introduce a norm for language learning based on the European Union 1+2 model – that we will create the conditions in which every child will learn two languages in addition to their mother tongue.”

Excellent! This all sounds great so far. Surprising then, that only 11% of the population can have most or part of a conversation in a language other than English. So, the majority of people want children to have more linguistic ability than they themselves have. Perhaps even more interestingly, West European languages are considered most appropriate for children in Scotland to learn.

Stepping into this mini research project I expected to find more support for Gaelic (spoken by 1.1% of the population), Scots and Doric (around 30% collectively), but, in fact, only 8% think Gaelic is the first most important language to learn and 2% Scots, with many of these living in rural areas of Scotland.

I’m sure I’ve got some learning to do over the coming months and years, but so far so good in terms of living in a forward-thinking multicultural country with a global and European outlook. Political opinions aside, as a linguist I think I’ll be very happy here. 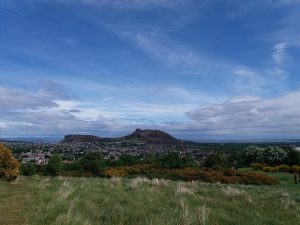